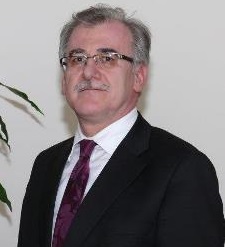 Mr. Nurullah ÖZTÜRK was born in the City of Eskişehir in 1965. He completed his elementary and secondary education in the same city and his high-school in the City of Balıkesir. He graduated from the Department of Public Administration at the Faculty of Political Sciences at Istanbul University in 1988. After his graduation he worked as an administrator at an education institution in Istanbul. Between 1991and 2002 he worked as the Research Assistant in the field of Public Relations in Police Academy. Later on, he was sent to Great Britain for his post-graduate study by the Ministry of Interior Affairs. He completed his post-graduate study (LLM) on Law (Criminology) at Galler University (University of Wales) with his thesis entitled “The Impact of Police-Public Relations on Crime Fighting: with Specific Reference to Reporting Crime”. Following his return to Turkey, Mr. ÖZTÜRK completed his Ph D. Degree at the Department of Public Relations and Promotion at the Institution of Social Sciences at Ankara University. Between 2002 and 2003, He undertook a post in the Turkish Grand National Assembly (TBMM) as a consultant.  In 2003, he worked in the Turkish Statistical Institute (DIE – TUIK) as a head of a department.  During his post in the Institute, he also implemented some duties under the titles such as; Total Quality Management (TQM) Coordinator, Training Coordinator, Strategic Planning Vice President and Member of the Ethics Commission. In 2005, he started to work in the body of Radio and Television Supreme Council (RTUK). After working as a Principle Clerk of the RTUK President for a short while, he worked as the Head of the Monitoring and Evaluation Department between 2005 and 2013. In this period, he worked simultaneously as the Vice Head of the Department of International Relations for ten months. He was also the member of the Ethics Commission and its President.

The symposiums, Congresses and Panels in which MR. ÖZTÜRK participated due to his studies in the fields such as communications, political communication, PR and ethics:

“Background of the Reactions against the Threats” Academic View Magazine, No 5, 1996

Reflections of the Terror Events Taken Place In the Black-sea Region in the Press: Cumhuriyet and Zaman Newspapers” Hatay Police Magazine No:3 2000

“A Tale of Snakes Film Series in terms of Police-Public-Media Relations” Academic View Magazine, No: 17. 2002

“Police-Public Relations: A General View in the Light of British Sources” Turkish Journal of Police Science, V.5. No: 1. 2003

“The Quality of Communications in Public Institutions in terms of Total Quality Management: Public Relations of the Security General Directorate” Quality in the Public Administration, 2nd National Congress, 21-22 October, 1999, TODAİE, Ankara (The declarations were published as a booklet)

“An Analysis on the local elections dated 27 March, 1994 and its public-opinion researches in terms of election prohibitions” 1st National Communications Symposium, 2 – 5 May, 2000. Ankara. (It was published under the title of Political Communication together with other presentations)

“Policing the Riots, Combat against Crime, Police-Public Relations”,Symposium on the Police Education in the 21st Century, 25 – 27 October, 2000, Ankara. (All declarations were published in a book)

Between 2006 – 2013, Mr. ÖZTÜRK has also participated as a speaker or a president in many national/international symposiums and panels on the issues such as commercials, ethics, disadvantaged people and the media, children and media, media and self-regulation, addictions and media, media literacy and etc. On the issues such as communication and public relations, media, public service and ethics and total quality management, he has given lectures, seminars and conferences to the staff of Presidency of the Turkish Republic, TBMM, Prime Ministry, Ministry of Interior Affairs, Security General Directorate, Municipalities and other public authorities and especially to the personnel of  national, regional and local broadcasters.