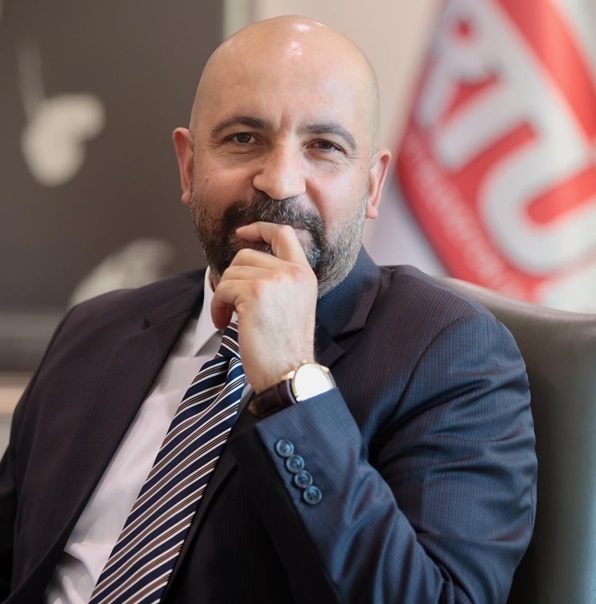 İlhan Taşcı was born in Cihanbeyli, Konya in 1975. He graduated Gazi University, Faculty of Communication, Department of Journalism. He started his career as a journalist in Cumhuriyet newspaper.

In 2001, he was awarded “Journalism Success” by Contemporary Journalists Association with his news on Al-Qaeda’s financial resources and link in Turkey, which is alleged to attack Twin Towers in New York City on September 11, 2001.

In 2005, İlhan Taşcı was awarded as successful journalist by Contemporary Journalists Association with his news with the topic “Special Intelligence Organisation in Smuggling” in relation with plans on establishment preparation of a secret organisation in order to work for intelligence in a wide range of Turkey and plans for covering expenditures of this organisation by discretionary fund.

In 2009, he was awarded Traditional Journalism Success of Turkey in political news category with his news titled “Congregation could not be touched” in relation with the paper over the cracks by suspending the investigations with the political pressures about İsmailağa and Fetullah Gülen congregations.

In 2017, he received the Honorary Award by the Language Association for his contributions to Turkish language through his books and articles. His review and investigative books are composed of following: Maskesiz Soygun (Unmasked Robbery) (15. Edition, 2011), Babam Sağ Olsun (Thanks To My Dad) (5. Edition, 2011), Telekulağın Duydukları (That’s What Telephone Tapping Heard) (2. edition, 2009), Cüppeli Adalet (Justice with Clerical Vestment) (8. Edition, 2011), İlahi Adalet (Divine Justice) (6. Edition, 2011). His first novel titled “Ömrümün Son Hükmü” (The Last Provision of My Life) was published in 2012. His book titled “The Hidden Acquaintance - Who Are These Secret Witnesses, What Are They Telling” in which he examined the secret witnesses who testified in the courts was published in 2013 and his another book titled Paralel Hat (The Parallel Line), in which he investigated the illegal telephone taps was published in 2014.

He took place as an instructor in the "Investigative Journalism" courses annually organized by the Uğur Mumcu Investigative Journalism Foundation. He also participated weekly program named Gündem to make comments which was broadcast on TRT Ankara Radio. He is the member of Journalists Union of Turkey, Journalists Association of Turkey and Contemporary Journalists Association. He has a son named Çınar Tümer. He was nominated by Cumhuriyet Halk Partisi (Republican People’s Party) and and selected as one of the members of Radio and Television Supreme Council during the General Session of Turkish Parliament on 16.10.2017.